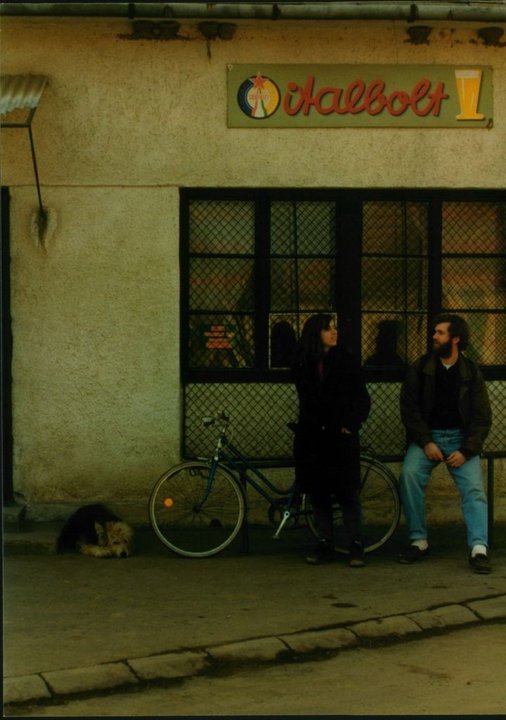 Author with another Peace Corps volunteer in a village in Hungary, 1993.

Originally published on the website:  Peace Corps Writers, with thanks to John Coyne for giving me the excuse to explore these issues.

Over twenty years after my time in Peace Corps Hungary, I’ve finally published my Peace Corps novel.  No, it doesn’t take place at the University of Veszprem in 1991; it’s set in Mississippi. Waveland (The Head and the Hand 2015) centers on a hapless, earnest, white volunteer during Freedom Summer. The book is about good intentions, culture shock, and eventual maturity. It’s about the stupid mistakes all outsiders make when we jump into deep water without knowing how to

In the summer of 1964, when the Freedom Movement decided to invite white volunteers to Mississippi, some called it a “domestic Peace Corps”. These young people from the North would staff libraries and daycare centers, teach literacy classes, and join on-going voter-registration drives in a campaign that culminated in a challenge to the all-white Mississippi delegation when the Democrats held their convention in Atlantic City. There were close to a thousand volunteers, and they brought their considerable talents, the good will of their parents and their political connections. They also brought a mix of idealism and cultural insensitivity that is an undercurrent in their letters to friends and family, tensions with long-time African American staff, impatience with local people, and finally, a growing understanding and humility which  could only begin to manifest itself in the three months before they were supposed to return home. Some of them stayed in Mississippi. Others went on to form the nucleus of the Feminist and Anti-War movements.

The Freedom Summer learning curve reflects my own experience in Peace Corps Hungary, where I was thrown into a Teacher’s Training College with its own embedded culture, dating from the years of Soviet domination. Classrooms were stocked with gray-covered English textbooks filled with unattributed passages, and students were taught to copy them into their notebooks, and recite paragraphs from memory. Appalled, I set to work on creating a writing curriculum that didn’t reward plagiarism and focused on expository argument.  The faculty praised me to the skies.  Apparently, they thought I was adorable. Meanwhile, the grim, middle-aged former teachers of Russian whom I retrained to teach English were an acerbic corrective. They had no use for my reforms; they were dead-pan, unforgiving critics of my pedagogy. Essentially, they treated me not as a cute American mascot, but as an equal.

Thus, like many RPCVs, the time abroad taught me a lot about being an American, someone who– as one of the former Russian teachers said– believes there is no problem without a solution. Of course, I didn’t change the University of Veszprem. It changed me. At least I hope it did. Since returning, I’ve taught at Community College of Philadelphia, where I continue to make trouble but, I hope, in ways that are more collaborative and self-aware. At any rate, no one seems to think I’m adorable anymore except for my husband, and that’s a start.

One my trouble-making initiatives at my Community College was establishing a Creative Writing program. When I teach Fiction Writing, I often share this old canard with students: There are only two stories, “People go on a journey” and “A stranger comes to town”. One might argue that these are actually one story, as seen from two perspectives. The people on the journey become the strangers who come to town. Taking this further, one might say that all stories are Peace Corps stories, told from the perspective of an outsider who enters unknown territory, or those whose lives have been disrupted.

When I returned from Hungary, I spent most of my time re-entering my own disrupted life. I completed a project I’d started years before, and which ultimately

turned into my novel Louisa (Putnam 2000).  Without a doubt, my years in Hungary informed the book; after all, most of the action takes place in Budapest, and the central character, Nora–a chain-smoking, tough Holocaust survivor with a broken heart–was very much a Hungarian type, in fact, a near-relation to my Veszprem Russian teachers. The novel, like all my fiction, is not based on lived experience; I only have an occasional cigarette, and I am not a Holocaust survivor who flees to the new state of Israel. Yet like many writers, all of my work is emotionally autobiographical; I’m proud of Louisa, and also know that it reflects my own late-adolescent alienation, fueled by unrequited love, and the urge to run away from complicated situations, only to find that they invariably follow.

Waveland – like Louisa-is a work of historical fiction and emotional autobiography, but in this case, the setting is America, the time-frame is relatively recent, and Beth Fine, my Freedom Summer Volunteer and central character, doesn’t run away. Of course, she jumps in to the deep waters of a Black movement, and almost drowns, but when the summer ends, she stays in Mississippi, and not only learns to take responsibility for her arrogant mistakes, but slowly also begins to value what she has to give: giving French lessons, writing grants that that bring a dozen typewriters to a Movement office, organizing night-classes where a local girl can teach accounting, moments of real connection across great distances that would not be possible if she weren’t a  stranger who came to town.

Of course, Waveland is not fully affirmative. The book follows Beth well beyond the end of the ’60s, and extending the water-metaphor, she is subject to the undertow of history. Yet I’m glad I got a chance to tell Beth’s story, and through it, the story of the Mississippi Movement. And of course, I’m grateful that my time in the Peace Corps gave me some insight into the gifts and limitations of being an outsider.