In spite of my recent foray into social media, I’m a pretty analog gal, and I’ve been waiting to see if The New York Times would find some way to mark the 50th anniversary of Freedom Summer. This morning, there it was: “ When Civil Rights Unity Fractured”, an opinion piece by Peniel E.Joseph.

The broad outline of Joseph’s argument is irrefutable: that 1964’s Freedom Summer was a turning point in the Civil Rights Movement, particularly the challenge to the segregated Mississippi delegates at the Democratic Convention in Atlantic City. He goes on to link the failure of that challenge and the subsequent disillusionment with the Black Power movement and its legacy.

But the piece was full of factual errors: the incorrect name for the Mississippi Freedom Democratic (“Democratic Freedom Party”), a short-hand reference to Fannie Lou Hamer as its “leader” (with all due respect to Ms. Hamer, Aaron Henry was the chair of the delegation) and a description of the rejection of a proposed compromise as a division between “black activists and their liberal allies”. In fact, one of the supporters of that compromise was Martin Luther King, and white SNCC activists joined Hamer and the other Freedom Democrats in rejecting it. 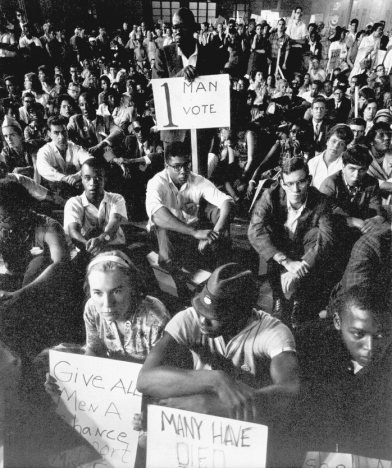 The greatest trouble with the piece is its generalizations: white volunteers came out of the summer happy; black activists came out of the summer angry. Joseph points out that some of the volunteers stayed in Mississippi and continued to work with the movement. What he doesn’t say is that these white activists shared the growing disillusionment with electoral politics and liberals. In fact, that same disgust spread to movements that cut across lines of race, class and gender that defined the rest of the decade.

In fact, the piece is a muddle—trying to smooth out its own contradictions. The byline wasn’t terribly instructive, and I couldn’t help but ask: Who is Peniel E. Joseph?

Well, I found out. He’s an intellectual powerhouse., an African-American professor and activist who has written four books, including a new biography of one Stokely Carmichael: one of the most fascinating figures of the 20th century. His work carries endorsements from historians I know and respect. I’m grateful to have been led to his work, and plan to buy Joseph’s Carmichael book from Powells today.

So how did a serious and accomplished scholar come to write such a terrible piece about Freedom Summer?

Here, I suspect, is the trouble: Joseph had to assume that his readers knew nothing about Freedom Summer except for a catchy name and a picture of white kids and black kids clasping hands and singing. He wanted to challenge that picture, and because he knew that would be hard work, he set aside accuracy and telescoped events.

I am a novelist, not a scholar. But I think I understand the challenge. If I had to write a piece—say a blog post—on why “civil rights unity fractured”, what would I say?   In many ways, my novel Waveland occupies that territory: the breakdown of unity—not just between black and white, but between comrades on the front lines of a battle. The 1964 Atlantic City convention is in that novel; in fact, it’s the centerpiece. Yet I have time to explore into fractures that preceded that convention, and linger on its aftermath. After all, the book is around three hundred pages long.

Scholars and novelists have something in common: we complicate comfortable stories. Coincidentally, today’s paper also contained a piece by Roxana Robinson, a defense of a novelist’s “right to write” about events she didn’t experience.   In Robinson’s case, she’s written about Marines in Iraq. In my own work, I’ve written about 14th century peasants, Egyptian priests, Hungarian Holocaust survivors and most recently, a white Freedom Summer volunteer and her black comrades.

Yes, of course we have the “right to write” about what we have not experienced. Joseph is also writing about what he did not experience: the impact of Freedom Summer on black and white activists. Yet experience is not the only form of knowledge. We can “know” a thing intimately in many ways, through research, fieldwork, and what I will shamelessly call: imaginative empathy.

Yet here are the terms: we must be accurate, we must not give way to easy generalizations, and we must not replace one comfortable story with another.