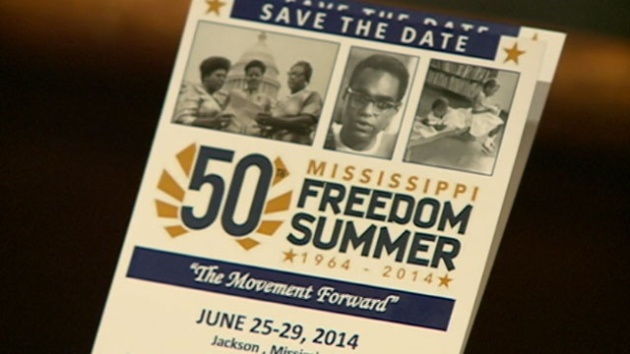 On June 25-29th, some of my heroes are gathering  in Jackson for Freedom50, a reunion of activists involved in 1964 Mississippi Freedom Summer. As I reached out to Civil Rights veterans about my novel Waveland, a few started to ask me if I was going. I panicked. How could I have not known about this months ago? Could I cancel everything I’d planned for that week—including hosting a graduation party and accompanying someone to chemotherapy– and somehow rustle up the cash to get to Mississippi?

Freedom Summer was spearheaded by The Student Nonviolent Coordinating Committee, a group that grew out of the Woolworth Lunch Counter sit-in movement, and challenged racism though acts of civil disobedience, or, in some cases, testing existing federal laws. They organized the Freedom Rides to integrate interstate transit, and turned to the even more dangerous work of voter registration in the south. They faced arrest and violence, most brutally in Mississippi. In 1964, SNCC called on northern students to join them there to register voters and work in Freedom schools. 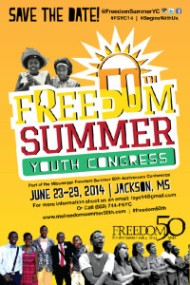 But the organizers of Freedom50 aren’t into nostalgia. In fact, there’s a parallel Youth Congress  at the beginning of the week, and an old/new “mash-up” that I would frankly fly in for three hours just to witness. I’ve often thought about what SNCC can teach young activists and, of course, what young activists can teach SNCC, and the urgency of issues around immigration, healthcare, education, and mass incarceration are all part of this conversation.

When I tell people I wrote a novel about Freedom Summer, the first thing they ask is if I was there. Um, no. I was not quite two years old in 1964, and according to old home movies, spent the summer running around a wading pool in Northeast Philadelphia. Then, sometimes, people ask if I have Freedom Summer Envy. The assumption is that I wish I’d been nineteen years old in 1964, and had taught at a Freedom School in Ruleville. My response has always been “There’s plenty of urgent work to do right now.”

Well, that’s true, and it is also too simple an answer. As far as I can tell, in 1964, people like me—northern whites—were urged to go to Mississippi to focus the attention of the country on that state. The issues we face now seem overwhelming and intractable, and there is no single way we’re asked to fight them. Although, in theory, social media should help connect us, in fact, it complicates communication, and may even give the illusion that signing an online petition, or blogging or tweeting is a way to create change.

How do we create change?   These days, we tend to celebrate Freedom Summer, but those who took part came away disillusioned with party politics and the good will of liberals.  They weren’t going to depend on cover stories in Life Magazine to build a movement.   Bob Moses—one of the heroes I won’t get to meet in Jackson– is the assumed author of a position paper written not long after Freedom Summer where he compared the movement to a boat in the middle of the ocean “that has to stay afloat in order to be rebuilt” and “has to be rebuilt in order to stay afloat” and since it is in the middle of the ocean, they would have to build it themselves.

So how do we build the boat ourselves? The tools we use matter. Even as I tweet or blog, I wonder about “New Media” It’s not designed for organizing; it’s designed for the individual consumption, and we use it as consumers: choosing a cause, liking a post, and sharing information not only with each other, but with corporations. Do those tools really build community?   Occupy Wall Street is both an argument against my skepticism, and an affirmation. So is Tahrir Square.

Maybe there’s no boat anymore. Maybe we’re just all in our little life-rafts, traveling where the corporate tide will carry us. The vision is chilling. It makes me want to link arms—SNCC-style—with people who disagree.

So I don’t have Freedom Summer envy, but I do wish there was a movement now—one with a capital M. I wish there was a reliable way to turn the attention of the country in one direction. In fact, I envy the people attending Freedom50 in Jackson where surely they will struggle with these questions, and will search for answers face to face. I wish I could be there.