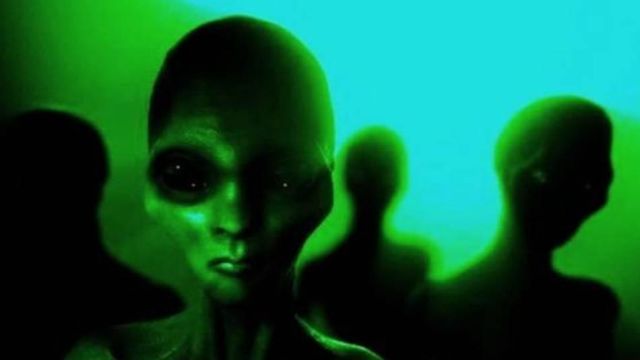 Around three weeks ago, I presented my new novel Judenstaat to over 200 members of the  Jewish Book Council network in a two-minute pitch.  I was one of 270 authors pitching children’s books, cookbooks, biographies of philosophers and rabbis, political analysis, and self-help guides.

The Jewish Book Council assigns us a pitch-coach.   Over the phone, I set up my premise:  a Jewish state is established in Germany in 1948 as an answer to the Holocaust.   Then I said, “And so I give you Judenstaat, a work of Jewish science fiction.”

She asked, “How is this science fiction?”

“Okay, but can’t you cut it?  It’ll give people the wrong impression.”

The wrong impression?   Maybe it made her think of little green men.   Still, I didn’t ask her to elaborate; after all, I only had two minutes, and if I cut the phrase, it gave me room for five new words. 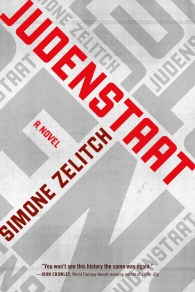 Also, honestly, couldn’t answer her initial question.   How is Judenstaat science fiction?  According to my husband’s enormous analog Shorter Oxford English Dictionary, science fiction is “[f]iction based on imagined future scientific discoveries, major environmental or social changes, etc. freq, involving space or time travel or life on other planets.”  Judenstaat doesn’t take place in the future.   It takes place in a re-imagined past.

Theoretically, one might say the science of alternative history has a basis in quantum physics and string theory, in thought experiments like Schrödinger’s cat, who lives in a closed box rigged with randomly administered poison and might simultaneously be dead and alive, and in the endless debate about the nature of parallel universes and the nature of time.   My friend, the physicist and author Paul Halpern writes about these issues in his many books (read them!), but I didn’t have physics in mind when I wrote Judenstaat.   I had a “what-if” and from that question, I speculated.

It may be more accurate to classify alternative history under the broad category of “speculative fiction,” but that’s awfully squishy.   What fiction isn’t speculative?   Writers are always asking “what if?” and placing characters in untenable situations to see what will happen next.   What if the romance-novel-reading Madame Bovary had an actual love affair?   What if Bigger Thomas, who was taught all of his life to fear and loathe and defer to white folks,  finds himself alone with the most dangerous creature in the world, a white woman?    There’s a kind of cruelty to this Naturalist fiction.   These characters are trapped in their age and circumstances.   The question is answered from the start.   The result feels brutally inevitable.

But what if nothing is inevitable?   What if the limitations on our lives are arbitrary?   What if imagination springs the trap?   Most teenagers understand what is meant by a trap, and when I came of age in the ’70s, I read a steady diet of science fiction, Vonnegut, Bradbury, Le Guin, the crazy grab-bags of Harlan Ellison’s Dangerous Visions anthologies, radical feminist utopias and dystopias.  Yes, some of the stories did have little green men (many of them, strangely enough, seemed to be Buddhists).

What really attracted me to science fiction was its generosity.    Even at its most pessimistic (and some of it was mighty pessimistic) the story represents one of countless directions we could  take.   Of course, eventually, I learned to find this generosity in all good fiction, where characters and circumstances have so many layers that they defy easy classification.   However, in science fiction, this garden of the forking paths is often built into the work itself, where alternative pasts and futures have the subtle logic of dreams, where traps are sprung, and the path of history itself is theoretical.

So given what I wrote above, yes, alternative histories are science fiction.   They challenge the natural order of things, make the reader feel displaced and uncomfortable, and do not bow down to false gods.   There are no little green men in Judenstaat.   Sometimes I wish there were.   Their spaceship would land in the Dresden Opera House and cause a great sensation, and they would insist that the citizens of Judenstaat are living in the wrong reality.   A Jewish state actually exists in Israel, and they plan to teleport the audience and use them as slave-labor to rebuild the Holy Temple.  Then, the tuba-player could step on one   They’re little, after all.